Rising / My Saints in the Corner 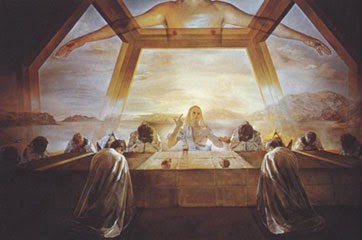 The Last Supper by Salvador Dali

To save the world, starting and staying with our own breath,
we need to continually open to our prophet as ego falls away
like a coat too cumbersome to wear.

Our spiritual life isn't dependent on the retail calendar. Indeed we are better off by ignoring it.

If everything is part of our path as Buddhists teach, then it truly is an Earth School here.

I have a theory that one of my missions is to learn to: let go. Currently I am living in what was my parents' condominium called Woodhurst West surrounded by tenents who may have moved into Woodhurst in the '70's or '80's. Simple math tells you their lives would be drawing to a close.

Yet I've found I'm rarely ready for my neighbors to "fly up," as I say. I am perpetually startled. What Buddhists plan for in their daily mindful meditation, Christians seek to ignore. "I'll think about that tomorrow," in the tradition of Scarlet O'Hara sums up many of us.

I feel I get to know and appreciate residents belatedly if at all. I find myself mourning, in one case, a retired minister and his wife who died five months from each other. I call them my "Saints in the Corner." First Joyce Stevens died unexpectedly from a blood clot following knee surgery. I bought a garden angel to honor her. To keep the pottery angel free from blemish, it rests on my white carpet.

"I lift up my eyes to the hills, from whence cometh my strength," Psalm 121. Now the scriptural quote on Joyce Steven's memorial is my favorite as were the voluminous cream roses on her casket. Their petals were as exquisite as the life they honored.

After Joyce Stevens died, I saw her husband's light all the more. I found him remarkable. I was crestfallen that I had been so late to discern the humility, grace, and intelligence of Ed Stevens and his wife. Ed was always smiling, somewhat whimsical, and toward the end, forgetful and unsteady.

Once I happened to be in the garage with him and saw he was on route to dispose of his light bag of trash. As we walked side-by-side, Ed started to lean too far over; and I grabbed his sleeve with a gentle tug.

Catch me if I'm falling.


Their unit hasn't sold so I still see their nameplate near their door. They should be inside I tell myself, still living the decorum we all saw. They were private. And we all respected their privacy. After two lives in religious service to various church communities, they deserved just the green trees, hostas, family and friends gathering around. 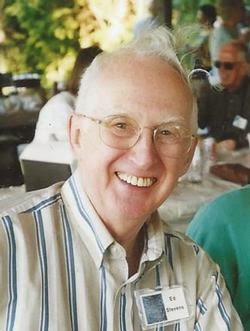 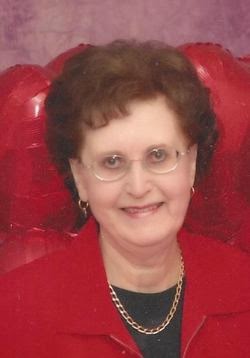 Joyce told me once that either she or her daughter had a poem of mine. I can only say, I have their lives.

Posted by Writer in Residence at 11:29 AM