Angels Over Us - A Letter to my Congressional Representative 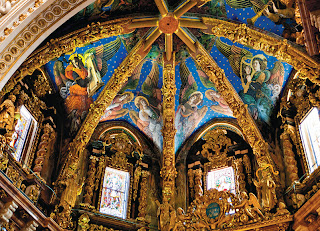 I am one of your constituents; I am a poet. I’m writing on one over-riding issue and that is the pandemic of violence in our culture.

How I long to see, to hear--you step forward on universal background checks, mental health services for troubled children and their families, and the removal of assault weapons off our streets. School safety, yes, but more than school safety is required.

I wonder as the days have gone by since the immense tragedy at Newtown, how all those we've lost can bear looking through the clouds. For when they look down, they see the blood of precious human beings bathed in the color of violence. Each luminous face must look at the others and say—not today. Not today. No, change. These links below speak to us—saying act!

We’ve all been rocked by Newtown, Connecticut. But the purpose of this letter is to urge you to look at the whole picture, not merely part of it.  I urge you to step forward with the dignified voice you possess. Later doesn’t work anymore. It’s a new day. It has to be now. It’s what the people want.

I pray your aids look at each other and say: Give him this one (meaning: Give Representative Klein, give you this letter.)

Every story of violent loss bears the name of a human being sent to bless the planet, not be slaughtered on it.

In that light, I wish to support the Mokos family who lost Diane Kriz: a sister, a daughter, a friend in Chicago in July of 1986. At 46, she was a mother of four. No solace can be taken for them in seeing someone arrested for the crime that forever changed Bob Mokos’ family. Imagine how important some controls on gun accessibility are to them. It is everything since they’ve lost someone who meant the most to them.

I ask you to look at causes vs. how to deal with results—on the attack on an elementary school in Connecticut. We must, as the majority of NRA members agree, put in place background checks across the United States. Along with that, we need a data base second to none.

But we also need to honestly look at the horrific amount of assault weapons in the hands of those who shouldn’t have weapons at all. Fear, crazy fear, and unfounded paranoia have lead to many Americans arming themselves like a militia to fight an imaginary army that doesn't exist (to take anyone’s rights).

We’ve created our own hell on Earth.

Let’s change the view below the clouds as those we’ve lost to violence look down upon us.

May they say, with your help, with your courage to step forward: TODAY! Today is the day they’re sanctifying the loss of our lives and over two thousand more. Today they’re taking steps to save more lives.
Please make the difference only you can make. Stand for protecting us all.

Posted by Writer in Residence at 11:54 AM