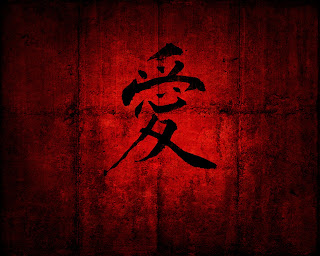 It is both curious and not curious at all that former President George W. Bush chose to speak a few words on religious liberty in his commencement address at Southern Methodist University on May 16.

However since our freedom of religion is protected in the United States--I wish to take a look at the meaning of the words he chose to speak.

And finally, you can be hopeful because there is a loving God. Whether you agree with that statement or not is your choice. It is not your government's choice. It is essential (applause). It is essential to this nation's future that we remember that the freedom to worship who we want and how we want--or not worship at all--is a core belief of our founding.

The words freedom of religion "is not your government's choice," stand out. By in large, our beliefs aren't controlled by Washington D.C. nor state houses of government. So what could the President have meant by his remarks--on freedoms we already have?

Having been raised Christian, I feel I have an idea. Of course he was speaking at a Christian-affiliated university. One could say he was honoring their beliefs (and his own).

The more Conservative Right, however, isn't so vitally concerned about ALL religious freedom. They are fixated on their own. To some, the United States is for the Christians and by the Christians. And they feel they've lost ground. But this isn't a theocracy. The structure of our government lies in the separation of church and state.

Many hold, no matter that your faith may celebrate a different prophet than the Christ, that manger scenes should be allowed, still be seen on government property. And prayer should still be in public schools.

But not Muslim prayer, Buddhist chants, or Hindi offerings, but say, the Our Father.

The ills of our country, some vehemently protest, are due to our lack of prayer in the schools.

They point to our currency with the words: In God We Trust.

Many lament it is now Happy Holidays vs Merry Christmas and that Christmas trees are not emphasized. Respectfully the very word Christ is in the name of the tree and Christians holy holiday. Kwanzaa, the week-long celebration in December of African American culture, has not necessarily been embraced.

It isn't that I don't believe, but because I do. I believe I need respect you: whether Christian or atheist, agnostic, of the Jewish faith and traditions, Hindu practices, Morman, Islamic, or Buddhist. We also have Native American spirituality (which is more evolved than the faith which ignored an entire people who came after them from European shores.) Christianity shouldn't be considered thee faith of the United States, but one of many: all faiths and non-faiths deserving mutual respect.

The Baha'i faith is one of inclusion of all peoples; I marvel at the oneness in their belief.

The close of the President's speech I can do nothing but applaud for he spoke on unconditional love. We need keep returning to mutual respect--so all, all are honored in peace--and not conflict.

We are not diminished with arms open wide in inclusion.
Rather we expand our own hearts and the earth's evolution when we live it.
Posted by Writer in Residence at 4:20 PM