Syria and the Dalai Lama 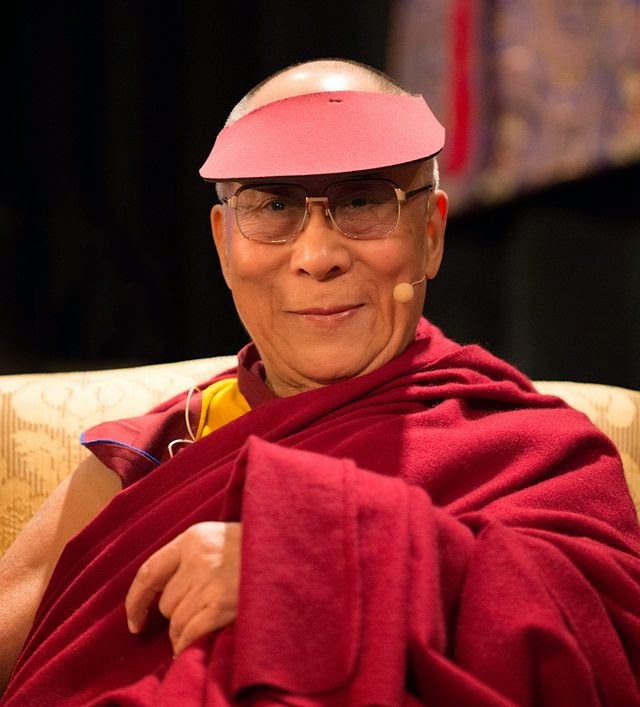 At the Unsung Heroes of Compassion Event
in San Francisco

When I come back, I will come back as bee.

One of the highlights of my life was seeing the 14th Dalai Lama at the Nobel Peace Forum in Minneapolis this year. I was so excited. I even took a taxi, so I'd simplify my arrival and departure.

With but a few first words from his lips, he became, he was, a merry presence, wise and dear. The audience fell in love, or renewed a love they carried with them. Light, whimsical, amused with his life and a love of honey,...he said...when I come back, I come back--as BEE.

I've read some of the writings of this wise and meditative man. His thoughts have stayed with me.

Three years ago, I grew increasing alarmed over all the deaths and suffering in Syria. I felt we had to do something, but I knew not what. The toll grew and my anguish grew with it. Why wasn't the world, why weren't we, the United States, somehow saving these citizens of Syria, under the leadership of the unmerciful Bashad al-Assad?

But I have read the words of the Dalai Lama on revenge and counter-attacks. After 9/11, for example, he reflected that one can attack and return blow for blow. But it will produce consequences unforeseen. Events will play out quite differently than one envisions no matter how noble the motives.

With thoughtful reflection which is the soul of his being he says, yes, one can fight back. When we have suffered the loss of life we want to strike back. As one listens you hear: in his softness is his strength.

Can we say the goals of Iraq served us well or served anyone well: the loss of American lives, civilian lives, or the immorality of lies and half-truths? How perfect it was promised to be: Hailed as liberators.

The philosophy of Buddhists and the Dalai Lama is in this moment...like the parable of The Three Questions told by Tolstoy. The questions being:

Wherever the Dalai Lama goes, I believe he is asked the same questions I heard at the Peace Forum in Minneapolis. What can we do to prevent the violence, death, and destruction in the world?

"Begin with yourself," he answers.
We must model what we wish for--in Syria, in Iraq, the Ukraine, and Ferguson, Missouri.

James Foley, the first American in recent days to be killed so horrifically in front of a
stunned world, had been making a difference in Syria. He purchased an ambulance for one of Aleppo's hospitals to assist the wounded. He answered all of Tolstoy's questions with a vehicle for saving lives.

It seems we turn to war when we have yet to exhaust the tools for peace.

Now we are catapulted forward by the deaths of our journalists, but not in a way many journalists would want. Foreign correspondent Richard Engel spoke on MSNBC that he wouldn't want his death to impact American foreign policy.

And now here we are. We are going to do something in Syria. But is it the right something?

Have we exhausted peace in our rush for war?

I should be happy; we are going to act. But I am uneasy.
Congress wants assurances or a bigger war effort. But I don't think I want war at all.

The Dalai Lama used the word "bully" in his talk on the world & violence.
And Pema Chodron has written Don't Bite the Hook.
Somehow I feel we have already swallowed it.

Let's pray in all the world's religions, yet also--work for peace. We have it in us.

Posted by Writer in Residence at 10:43 PM