Selfishness and Suicide Updated - A discussion touched off on Facebook. And Continued--Here.

"If you judge people, you have no time to love them."
Mother Teresa 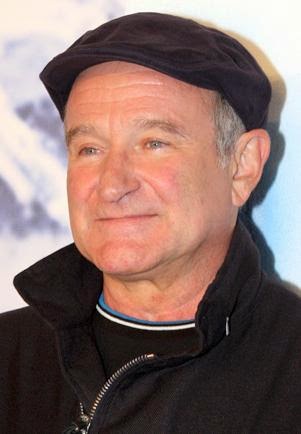 The best I can say to those who feel suicide sufferers are selfish is that those raising the point perhaps have never known clinical depression themselves. They are fortunately blessed.

Most people fight cancer valiantly so intent to beat this disease. Others can be just as valiant fighting depression, but at times the carrier can't carry the disease any longer, as it is profoundly dark and relentless.

Robin Williams was bipolar: it was inter-woven into his genius and that tell-tale-rapid-fire speech few could keep up with.

The flip side of mania in the disease model is depression. Clinical
depression is chemical. It's like going to the bank for a withdrawal but the money, the serotonin isn't there. Usually medication helps, but not always. Williams was being treated for depression when he died.

Robin Williams wasn't selfish--he was sick. And it is beyond the darkest night you can imagine (if you've never know the disease). In it you lose your mental strength and sometimes the will to fight.

Robin owed his fans nothing--he gave at the office all the brilliance he possessed. He was fighting for his life, his wellness, when he lost it, having recently been in rehab in Minnesota and under the care of mental health professionals. And now through his wife we learn he was in the early stages of Parkinson's disease.

Today all one hears are the millions he raised for the homeless, and how he pulled fellow actor, Christopher Reeves, up from his own darkness. Also today, from across the board, words that Robin Williams was the kindest of men.

My family is nearly one with the illness of despair. But the stigma still remains.

Yet all that should be left is compassion for this brilliant life, struck down by a disease and for the disease itself.

Often depressives are the least selfish in the room as they have known suffering.

May God teach the love and understanding this, as well as other diseases, require of the compassionate heart.

Robin Williams wasn't selfish...he must have been overwhelmed on two fronts: the loss of health of his body while the additional burden of depression from his Parkinson's diagnosis--challenged his mental health even more.

In my most recent issue of Shambhala Sun magazine there are these words: Don't Figure Others Out. Or, as I've generally heard it:
Don't ponder others.

At times we aren't even sure of our own motives, myriad thoughts, perceptions and beliefs. We owe ourselves and others God's Peace.

Thank you, Robin, for your amazing gifts. In heaven rest--Be Well.
Grace, grace to your divine being.


Posted by Writer in Residence at 7:48 PM