Orange Caps or No 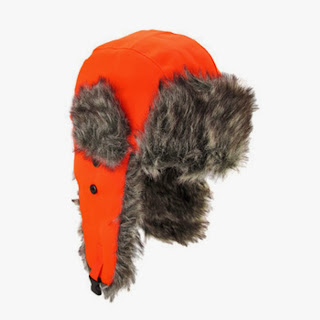 Only shoot if you need the meat to eat, I said silently to the hunters. I should have added: Please don't hit me...which is what I was thinking.

The winds were harsh. On my first morning there, a man and his wife or girl friend started to leave for the hunt. She looked like she was on her way to a wake which was true enough.

I like how older men get late in life: they don't want to kill anymore. They'd rather watch the deer eat at a salt lick or dance across the yard.

Most men in Grand Marais were dressed in camouflage outerwear except for the orange stocking cap. A few removed the hat indoors. My mother cheered in heaven for their etiquette.

Cascade Resort made me happy as they dressed their two deer figurines in their yard in brilliant orange attire: a message for the astute.

Thich Nhat Hanh writes in his Five Mindfulness Training on Reverence for Life that we resolve to live by "the insight" of compassion and interbeing, protecting humans, animals, plants and minerals.

A dear friend who is serving as a nun in the Franciscan order admits she finds St. Francis a bit loopy. That's okay with me. St. Francis was a Saint known for the stigmata (the wounds of the Christ); humility, and his affinity for birds and animals.

As far as deer season, I go with St. Francis. 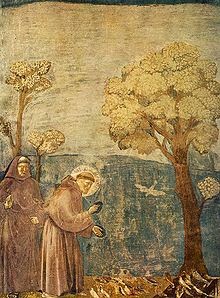 Legend of St. Francis
Sermon to the Birds

Posted by Writer in Residence at 4:47 PM