A Boy's Will is the Wind's Will

"A boy's will is the wind's will and the thoughts of youth are long, long thoughts." Longfellow 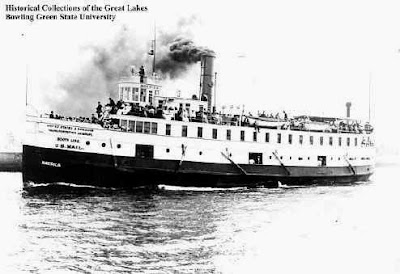 It's hard to go back 100 years if you haven't lived it. But if you have lived it--it's a snap! Phoebe Josephine Pecore Nelson returned home to her mother in Rhinelander, WI to have her third child. My father, Willard Charles, was born on November 11, 1914. He will turn 99 years of age on what was termed Armistice Day which marked the armistice signed between the Allies of World War I and Germany at Compiegne, France in 1918.

In a few short weeks, family will meet to honor Willard's birth and long life. The son of a fisherman (and small resort owner) who grew up on Lake Superior, he looks at that giant Superior now and on any given day tells me the direction of the wind off the lake.

Just a few days ago, my dad said: "It's a southwest wind today; I can see whitecaps on the water."

This startled a visiting Twin Cities' neighbor several years ago--who found it hard to see the waves herself! She was stunned he could! My dad has always had exceptional eyes for distance.

In the "old days," if fisherman ignored the wind on Lake Superior, they did it at their own peril. It is still the case.

In January of 1914 Ford Motor Company established the eight-hour workday with the minimum wage of $5 for a day's labor. Later that year, Henry Ford had sold 248,000 cars.

At just two weeks of age, my father and grandmother made the journey from Duluth to Lutsen, Minnesota on the SS America. In the 90's Dad mentioned three ships he may have been on for that trip: The *SS America, the Steamer Winyah (ship logs exist from 1933-1935) and the Edna A. He has said since then the other freighters came later.

Fearing the baby could contract pneumonia, little Willard was allowed into the captain's chambers where liquor was place on his lips to ward off the chance of infection. When they reached the beginnings of Lutsen Resort at the mouth of the Poplar River, my grandfather Carl rowed a skiff out to the America to pick up his wife and second son.

To still have a father who picks up his phone and calls me is a joy and peace difficult to translate from the heart in which it resides. It's a profound gift. I honor our relationship. We are very close; and I am--very blessed.

*In the pre-dawn hours on June 7, 1928, the SS America struck a submerged shoal off the shore of Isle Royale and had to be abandoned. Everyone made it off the ship in time. The America still lies off Isle Royale in the frigid waters.


Posted by Writer in Residence at 7:47 PM