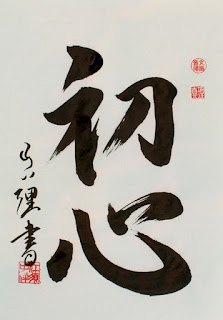 If you go away, you want to come home different. And you are different. You've absorbed
new food, new sights, and experiences you couldn't have had if you'd stayed home.

Walt Whitman said: I am larger than I thought. I didn't know I held so much goodness.

If you go away you want to come home different. So you bring your new-found wisdom with
you. Wisdom you learned from steep hills and long walks, a tall son, a warm daughter
in-law, an enthusiastic granddaughter, and a 21 month-old grandson who can now say his
name: Hammy.

You don't want to be a stick-in-the-mud.You down sushi and apologize for nearly causing
a flood in the shower since you didn't turn the water off. (How could you? There were so
many bells and whistles. And you were nervous during the demo.)

You ask for a taxi when you're tired but walk on when the answer is, "Oh, no!"
You suck it up while pushing the four year-old in the stroller. You are better for it.

After realizing you can't be what you're not, you try to be the best that you are.

Since your gosling imprint says you overstay your welcome after 20 minutes,
you surrender, and attempt a Buddha walk for two weeks. You succeed. You fail.
You live with it. They live with you.

Inexperience is the mother of a thousand miles. You try a spicy beef noodle soup. It blows
your head off. But you return and order it again.

Part of your stress in leaving was knowing you'd have to deal with all your frailties when
you arrived. But a wise woman said, remember you are going where the energy is lighter.
So you said the words: I am light. I am light. And you see the lightness in the Japanese people.

You survive a long walk even getting lost because of the kindness of strangers who tell
you how to get home. One even runs after you when you still thought you were right!

You take lessons on how to bow. No, not that way, you're told. Hands to your side and the
deeper, the lower your bow, the more respect. You bow to everyone.

You meet a tour guide called Mori-san. You ask him: what would you like a poet to know
about Tokyo and the Japanese people?

Mori-san pauses, then says: The Japanese people are kind and clean.
You can't understand the last word but then realize what is being said.

Kind and clean. Many lessons summed up in two words.

On the All Nippon Airline, you realize the flight attendants are so impeccably trained, so
graciously turned out, that they were near-geishas. They are smiling. They are light. Yet
they are warm. They are everything Mori-san said and more.

I bow to Tokyo, Mori-san, Moto Azabu, all of Japan, and my host family.
I am forever in their debt.

Posted by Writer in Residence at 12:19 AM