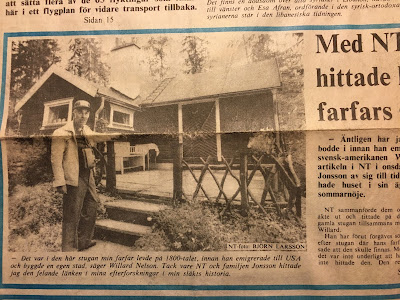 We have a birthday to celebrate on November 11, his lucky number. And I'm his lucky daughter born on the 13th of April--cherishing the loving and laughter now.
Posted by Writer in Residence at 11:37 AM